The US specializes in urban jungles. LA, New York, and Chicago all personify types of urban jungles. They all have areas that are asphalt jungles. Full of hard surfaces and danger. Los Angeles, especially since they concreted over most of the city in the first half of the 20th century. All three specialize in plenty of urban violence, which is epidemic throughout the states.

Here in Portugal, we have entirely different types of urban jungle.
There are oases of greenery everywhere if you know where to look.
And then there is the wildlife. Avian wildlife predominates. Followed closely by cats and dogs coming in a distant third. (We are talking urban wildlife here. The number one spot, of course, goes to the humans. Far and away the most dangerous of the lot!)

I have mentioned the Atlantic seagulls before. They really are kings of the coasts. As near as I can tell, man is their only predator. The Portuguese Atlantic gulls can be vicious pigeon killers. It is actually pretty scary to witness. And with so many pigeons, the gulls will never go hungry. I wonder if pigeons are a delicacy to them since they mostly eat fish. It is pretty horrifying to hear the screams of the city rats when the seagulls go after them. I have seen them feed their chicks with fresh rock dove meat. Yum. It gives one new respect for the seagoing warrior gulls. And the screaming of the sea pterodactyls is near-constant in the cities near the coast.

On a lighter note, we have what seems like a flock of parrots in the neighborhood. They fly by so quickly, it is hard to tell if that is what they are. Given their screeching and small green bodies, we guess they must be renegade parrots. Songbirds are very popular as pets here and, you know they must escape from time to time.

When it comes to screeching, there is nothing like a peacock. The peafowl really makes the most Jurassic park sounding noise. Several parks have them in abundance and, they tool around like house pets in various parts of town. It is entertaining to see.

We hear about the shootings du jour in the US, and we think, wow, it just seems to keep getting worse in the not-so United States. We are happy to have traded the concrete jungle for a peaceful urban oasis. 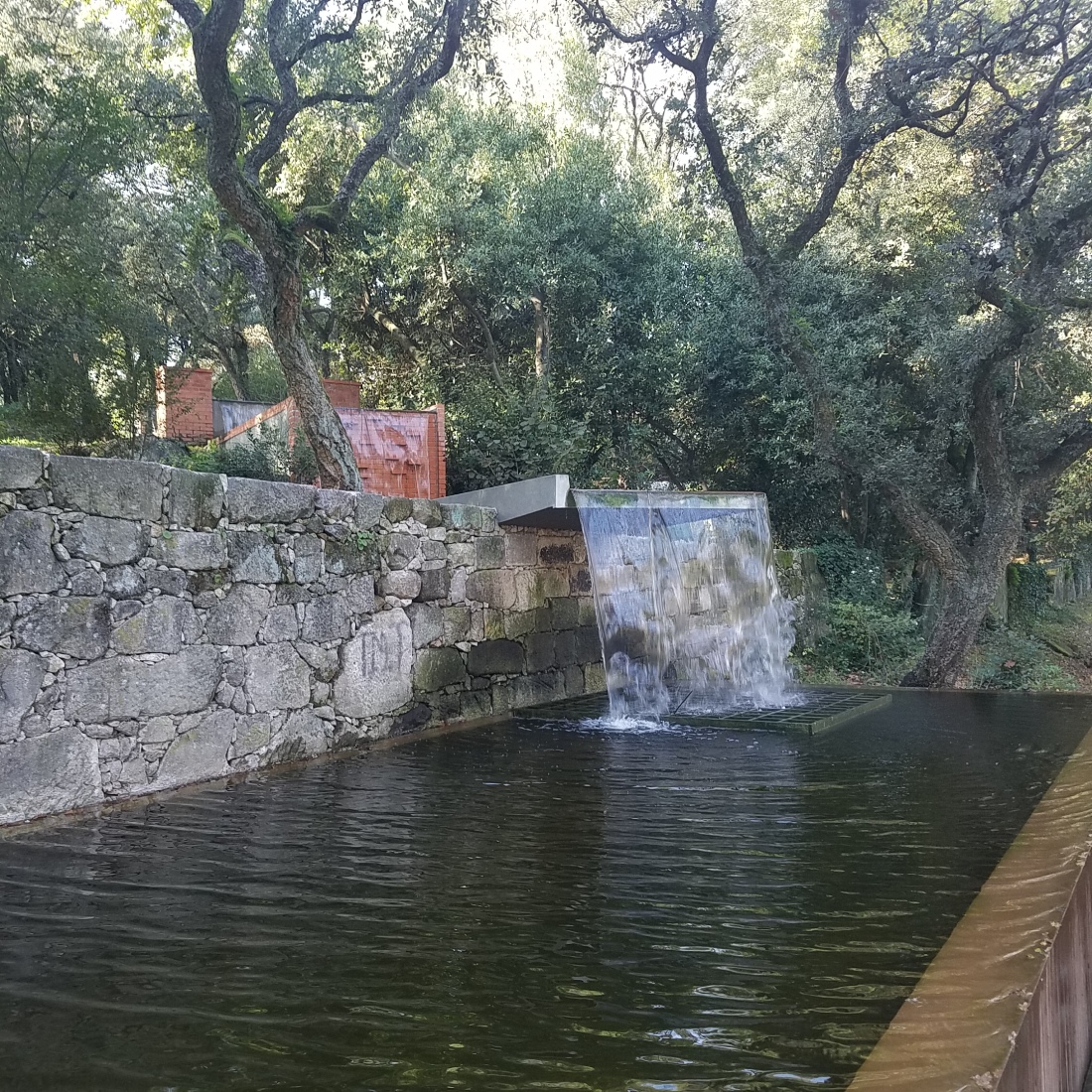 The on-again, off-again lockdown may be killing us, but we can still go for a stroll, weather permitting. As well we should. Getting enough exercise is the only way to keep the near house arrest weight gain down. And, luckily for us, we do not have a car, so walking is mandatory for getting around anyway.
One of the bonuses of living in Porto is there are a plethora of parks to be explored. The gardens of the Palácio de Cristal, or Crystal Palace, is one of them. One could spend days exploring this one. It is tranquil, spacious, and beautiful.

It also has plenty of avian wildlife to observe. There are ducks, roosters, peacocks, and peahens, roaming about free. With the requisite winged city rats, pigeons, as well.

Also, in our backyard is the Quinta do Covelo park. This one is smaller, more of a regular city park, but equally lovely and soothing for a stroll. It has fountains, woods, and even a dog park.

We love being walking distance from most of the great sites in the city. And getting to them usually includes a feast for the eyes along the way. Trumpet flowers are in bloom, and they are fabulous! The tile work on most of the houses around town is something to see, as well.

Portugal played a big part in the Age of Discovery during the 15th to 17th centuries. Now we are having our little age of exploration, discovering Porto and Portugal. And it is more fun than I ever thought possible. What secret treasures will we discover next? Can’t wait to find out.

How we came to be living in Portugal, and our adventures on the Iberian Peninsula.